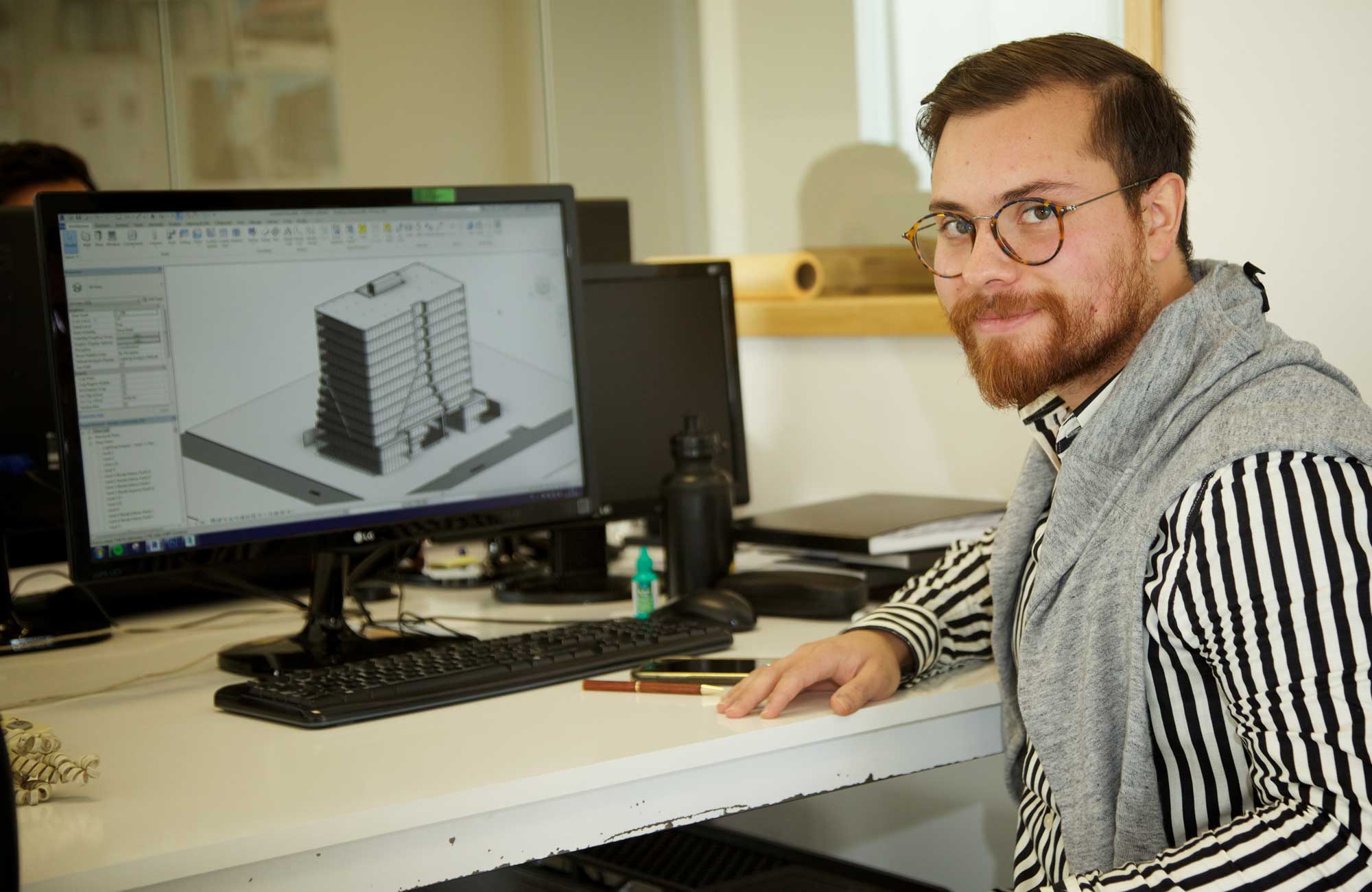 Álvaro joined CCE | Arquitectos in November 2015. He studied architecture at the Finis Terrae University, receiving the award for academic excellence in 2013 and 2014. During 2015 he served in the “Desafío Levantemos Chile” after the fire in Valparaíso, in charge of design and planimetry of children’s gardens. There he received the prize “Urban Contribution Chile 2016” with mention in Infrastructure or Equipment.

In 2014, he was awarded with the Best Architecture Project at the São Paulo International Workshop. He is currently a project architect and specializes in 3D design, modeling and rendering.